All the Winding World - The Arrowsmith Trilogy Book Two

All the Winding World continues the story begun in The Errant Hours. It is set ten years later, during the disastrous Anglo-French War of 1294-6, one of Edward I’s rare military defeats.

Sir Richard Burnel has been forcibly recruited to lead a division into France in order to regain control of the Duchy of Gascony. But his commanders prove to be incompetent, and Richard is taken hostage along with many of King Edward’s most trusted knights.

Meanwhile in the Welsh Marches, resentment boils over into rebellion against crippling taxes and conscription. Illesa, struggling to protect their family and manor, must find an ingenious way to free her husband, before Fortune’s Wheel tips them all into death and ruin.

“Rich, intricate, and full of ordinary women finding power in a society that seeks to rob them of autonomy. Second novels rarely live up to the promise of the first, but this delivers wholeheartedly. A fantastic testament to the power of love.” Best-selling author- Manda Scott

This widely anticipated sequel set in England and Southwest France was published on the 22nd June 2018.

Fans of The Errant Hours may be pleased to find many of their old friends in All the Winding World, as well as a cast of new characters including, rather bizarrely, a weasel.

The front cover illustration shows The Wheel of Fortune (Ms 1044 Fol.74 French School, Bibliotheque Municipale, Rouen, France/Bridgeman Images). This image of personified, blindfolded Fortune was popular in the middle ages, to express the fact that wealth and power were not necessarily permanent conditions, and that everyone was only one turn away from ruin. 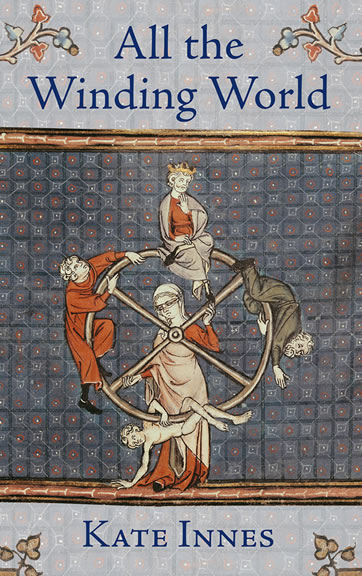 Some of the inspirations for All the Winding World 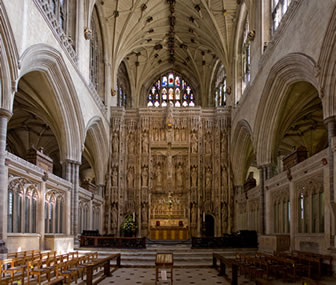 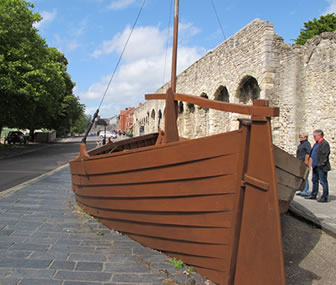 Model of a Medieval Cog in Southampton Old Town 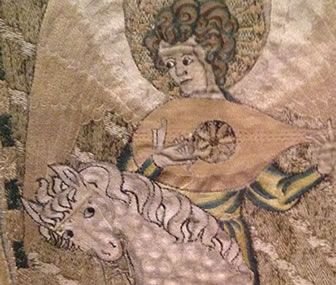 An example of fine Medieval embroidery, known as Opus Anglicanum

Join the mailing list for news about the Arrowsmith Series, author events and for special advance offers.