In an extravagant knighting ceremony, old King Edward prepares a new army to march on Scotland – charged with wreaking revenge on Robert the Bruce. For Lady Illesa Burnel, there’s little pleasure in watching her son knighted simply to become fodder for the battlefield. But amongst the revellers at the feast is a mercurial stranger who resembles a long-lost friend. In the days that follow, a sequence of fateful decisions drives Illesa, and all her family, to the brink of ruin.

Meanwhile in Hereford, the creator of one of the greatest maps in Christendom is planning a subversive pilgrimage. When their paths cross, he and Illesa begin a journey of twists and turns, down strange, dark paths, not knowing what adversary they might meet at the centre of their labyrinth.

Inspired by the Mappa Mundi of Hereford Cathedral, this final book in the Arrowsmith Trilogy brings the reader into its world of marvels and monsters, heights and depths, redemption and damnation.

Readers who have enjoyed The Errant Hours and All the Winding World will recognise many characters, and see some old friends in a new light, in Wild Labyrinth – the darkest and most psychological of all the Trilogy.

Order for delivery within a week –
£8.99 plus P&P (2nd class Royal Mail) within the UK
For orders outside the UK, or for urgent orders, send a message on the ‘Get in Touch’ page for postage costs and delivery estimates. 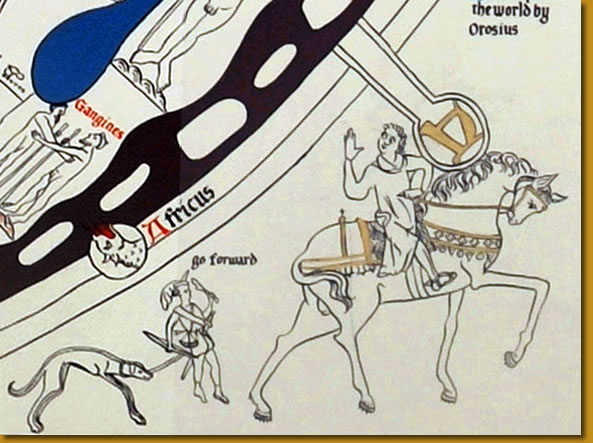 Little is known about the elusive mapmaker of the famous Mappa Mundi in Hereford Cathedral, except that he came from Lincolnshire. In Wild Labyrinth – his mind and his art are brought to life within the brutal and beautiful landscape of Medieval Europe.

"What seems at first like an extra character, the marvellous Mappa Mundi, with its mysterious and subversive mapmaker, appears in small, occasional interpolations to the main text.  Gradually, the mapmaker’s own story weaves its way in until, in the penultimate chapter, it left me in tears. This is work of the highest creative historical imagination.  A wonderful book."

Alix Nathan - author of 'The Warlow Experiment' and 'Sea Change'

Whatever the myth of Theseus, Ariadne and the Minotaur can tell us about the ancient world, it can also operate symbolically in all societies, where people are forced to make decisions that can lead to confrontation and danger, growth and spiritual development, escape and reunion.

‘When it’s done, I can leave and find her, if she still lives.’ So, mysteriously, resolves Richard Orosius, the imagined artist of the Mappa Mundi in the opening pages of Wild Labyrinth ... Richard will indeed reach his destination, but not without a journey of immense complexity. This is a tale of high drama with many strands and unexpected twists, but as any Innes’ aficionado will testify lnnes never stretches credulity.  She paints in bold colours but the hues always ring true. 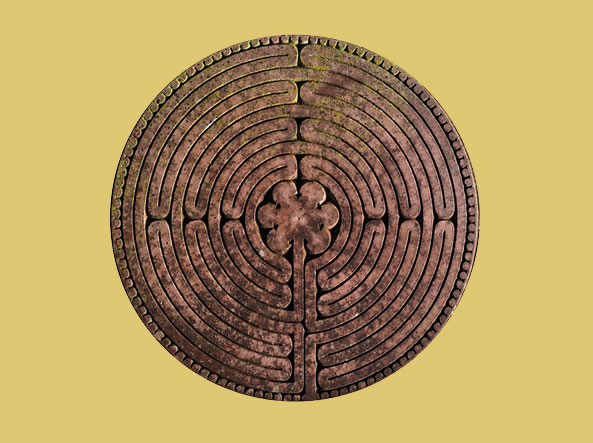