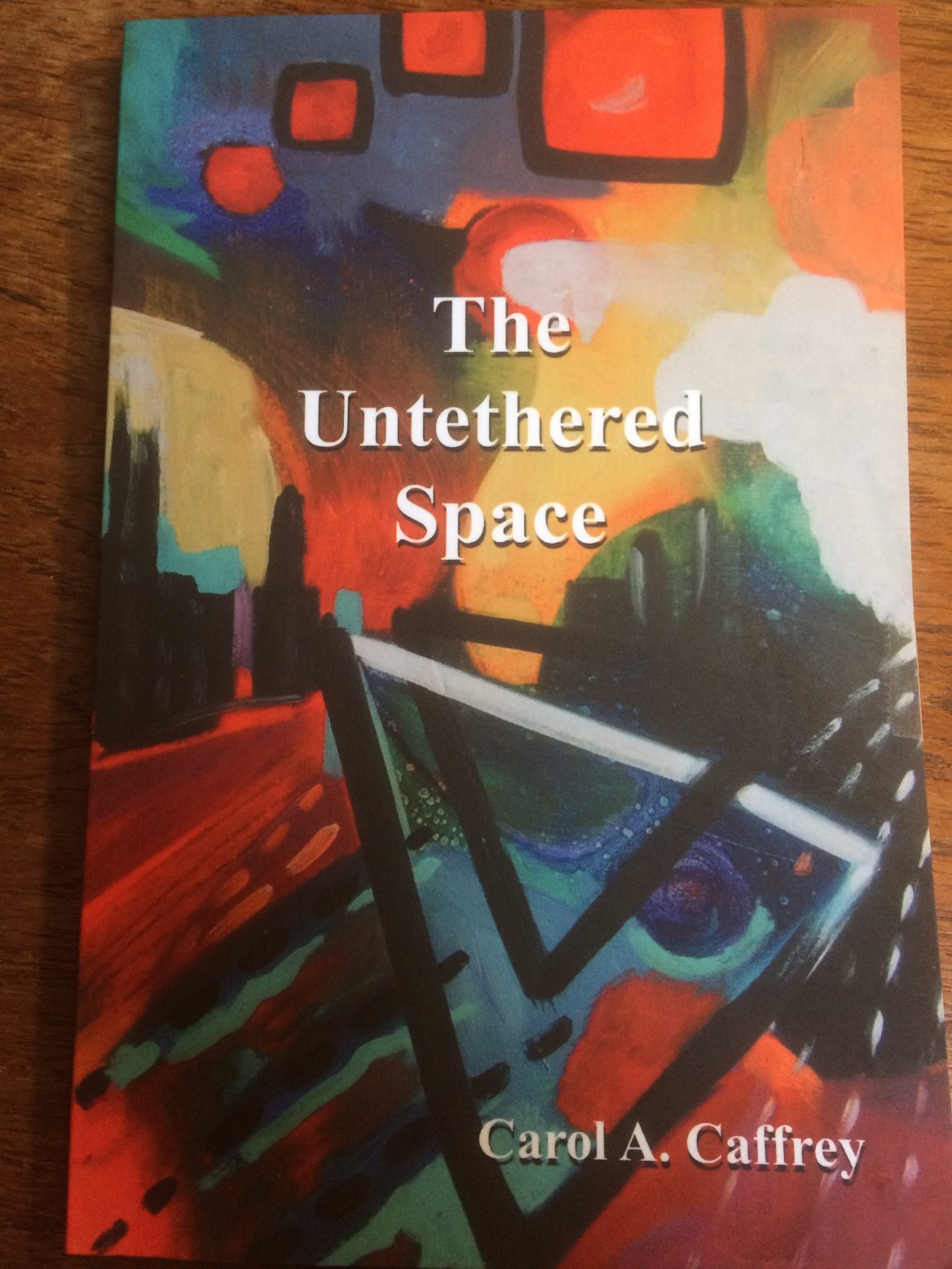 Is it possible to find beauty and meaning in life in the aftermath of grief? How do we interact with the too present world when our inner world has fallen apart?

These questions have been explored by artists of all kinds for thousands of years – but I would argue that Carol Caffrey’s pamphlet, written during and after the deaths of all her four siblings within five years, is a beautiful, meaningful and earthy contribution to this, most human, of tasks.

The Untethered Space is a potent mix of writing: elegiac and entertaining – practical and metaphysical. It floats between the spirit and the flesh – and celebrates each. In contrast to and affirmation of the title – many of the poems explore the poet’s strong attachment and belonging to Ireland – where she was born and raised but no longer lives. That longing for a land, the missing of the family home and birth place is made more poignant by the shattering loss of those she shared it with. But there is no self-pity – rather the poet’s close observation and appreciation through deft, musical language of what life gives – the joy, the humour and the devastating significance of everything.

In ‘The Waiting Room’ Caffrey, who is also an accomplished actor, brings her understanding of timing and voice to bear in the final stanza:

“We saw what courage looked like, what grace under

pressure means. It was in that room and in your voice

when, home for the last time, you said that his words were

very hard to hear and at last allowed yourself to cry.”

An aspect of the collection that I found very significant was the political poetry – because when you make connections with suffering in yourself and those you love, you also notice it in the world and understand the grave consequences of political power-play. This is profoundly expressed in ‘Baghdad Echo’ where Caffrey deftly explores the universal outcome of violence – from the point of view of a journalist:

‘The city burns in flames, the naked prisoner in shame.

he remarked they bled the same.

He filed his copy in the rubble

And in between the beauty and the wide insight – there are poems that cheered me up enormously, including ‘Thoughts from the Treadmill’ in which, combining influences from the canon of history and literature, the poet cries out for salvation from the hyper-fit brigade.

“Let them take their sleek and tanned

They’ll never taste of chocolate but once;

I’ll do so many times before my death.”

The collection is helpfully divided into sections described by Italian musical notation – such as Con Brio, Espressivo and Misterioso. These give the reader a sense of lift into another realm, of travelling with an intriguing and sympathetic companion. I believe readers will be glad of the time they spend in Carol Caffrey’s company – tethered briefly in her mind’s space.