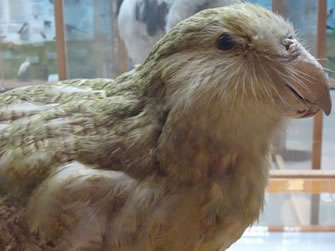 Kakapo
You my flightless bird
undiscovered, green as grass,
large and quite absurd.

Being a child in the 70’s and 80’s in Connecticut did not give me many opportunities to see the sort of wild animals that interested me.   Squirrels and chickadees were everywhere, but I really wanted hawks and wolves.  However, the Peabody Natural History Museum at Yale made up for this failing somewhat.  It was a particularly wonderful place to be allowed to roam.  Just big enough to spend hours exploring, just small enough to feel safe.

Dioramas were a particular feature of mid-twentieth century museum display, and I am sure they are out of fashion now. (Although taxidermy is currently quite popular). The dioramas at the Yale Peabody Museum created by J. Perry Wilson, Frances Lee Jaques and Ralph C. Morrill are masterpieces of this art. Seamless and grand, they were mesmerising for a young girl hearing the call of the wild, yet stuck in the suburbs.  It is a curious thing to stand in front of these frozen moments.  One can take time to examine the finest details of each animal even as they swoop, glide, run or attack.  This satisfaction of being able to look for as long as I wanted has stayed with me, and helped me to look at paintings and read poems with a similar eye.

However the other feeling that has never left me is one of guilt.  The animals are, after all, dead.  And dead precisely because they are interesting or beautiful or educational to someone like me.  I want to look and appreciate, but cannot fully enjoy being a voyeur.  Zoos provoke a similar ambivalent reaction.  It was with this background that I approached the stuffed Kakapo in the Oxford University Museum of Natural History.  At first I was glad to see it and rushed over as if it were an old friend.

Many people saw the Kakapo for the first time, as I did, on the BBC programme ‘Last Chance to See’ in 2012 with Stephen Fry and Mark Carwardine.  The funniest thing I have ever watched on TV was the male Kakapo, Sirocco’s attempt to mate with Mark Carwardine’s head (you can find this easily on Youtube).  These birds are critically endangered and are protected on several New Zealand islands where there are no predators.  They also have one of the lowest rates of reproduction in the world.  Watching the endearingly confused and enthusiastic Sirocco, one drew the conclusion that their breeding rate was not likely to improve anytime soon.

I have subsequently discovered that Sirocco was hand reared and so was imprinted on people. It was only natural that he was confused about who would make a suitable mate.  This ground-living parrot who looks like a Victorian gentleman can be an affectionate pet, apparently.  George Edward Grey, a settler in the 19th century, wrote that his pet Kakapo’s behaviour towards him and his friends was more like that of a dog than a bird.  Anyone who has had their leg shagged by a dog may be able to imagine what he means.

I have also read that the Maori used their feathers and skins for ritual clothing and that once the Europeans arrived in New Zealand, thousands of Kakapo were ‘collected’ for museums around the world. 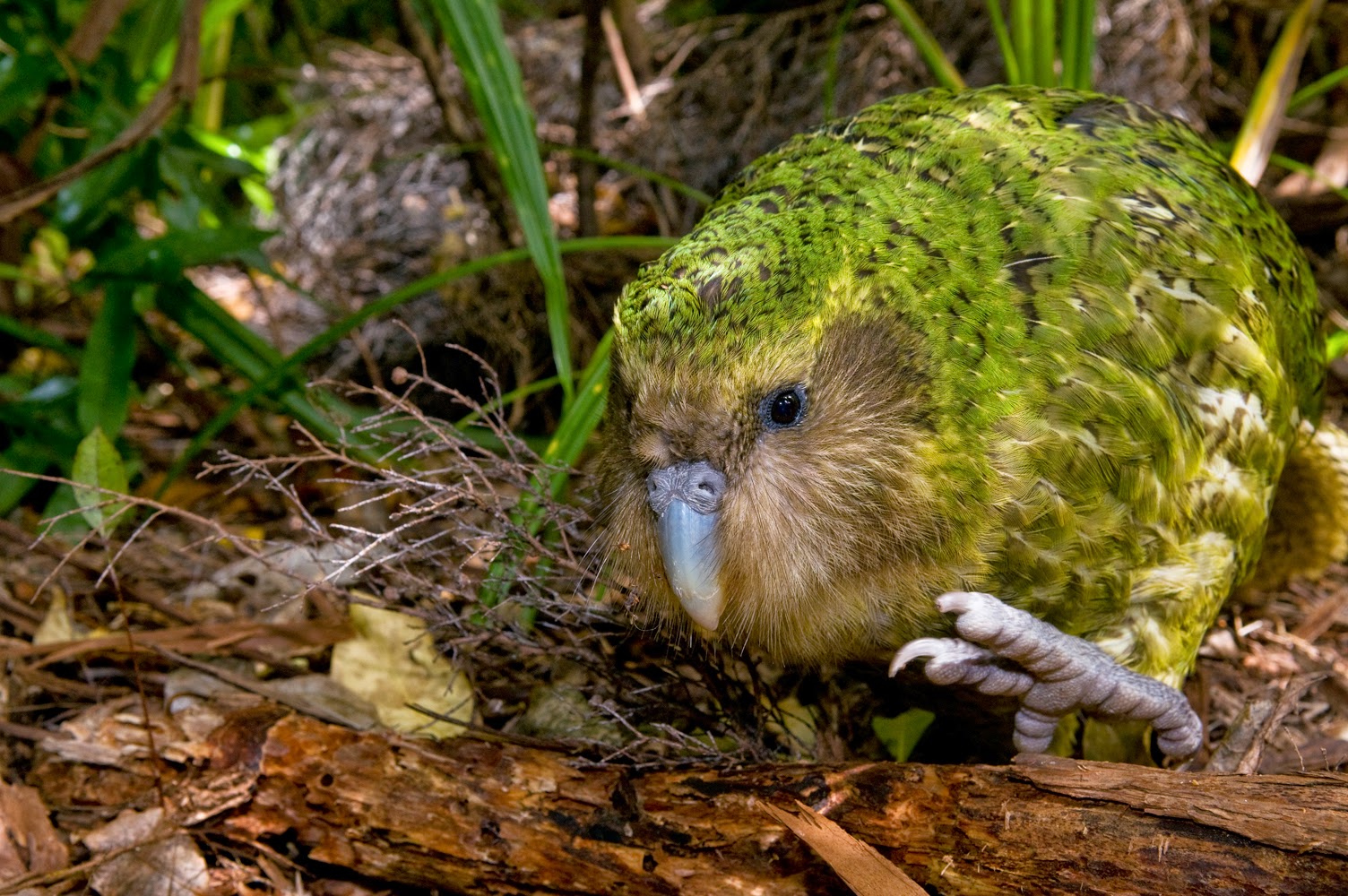 We look at the Kakapo through the lens of our human culture.  It was bad luck that the Kakapo appeared amusing and quaint.  If it had been brown and rather ordinary, I suspect it’s chances of survival would have been greatly improved.  Now we are throwing the kitchen sink at the attempt to save the Kakapo from the effect of our own interest.

The real Kakapo which was killed and stuffed and put on display in Oxford would have had brighter feathers, would have called for a mate with a boom that sounded through the forests of New Zealand and, well camouflaged, it would have enjoyed its habitat without being made the butt of jokes.  That Kakapo deserves a much more comprehensive poem than the flippant haiku I have offered.