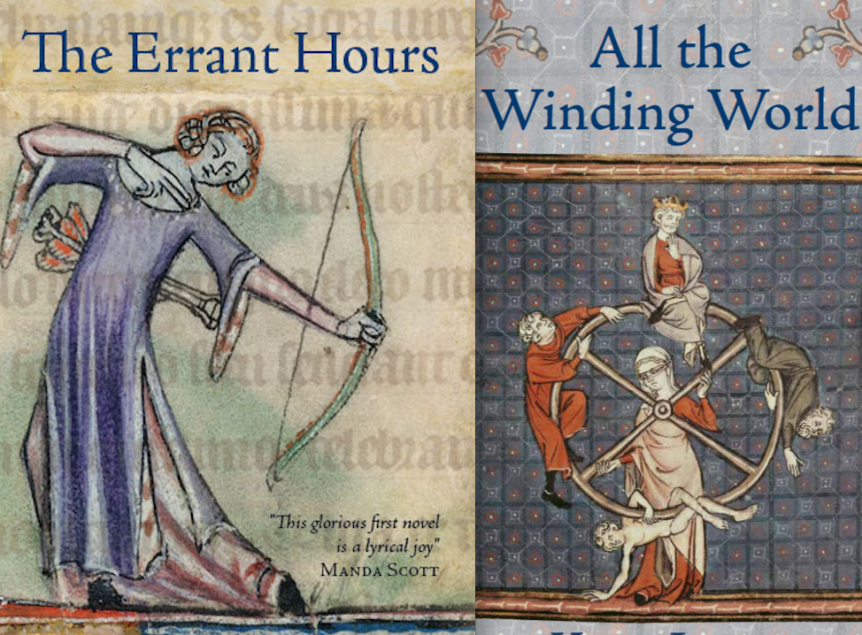 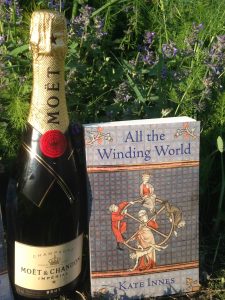 As I write this, 500 copies of my second novel are in transit, due to arrive at my house on a pallet sometime tomorrow. I think this must feel a bit like waiting for a prom date, hoping that they have not chosen a really embarrassing outfit to wear, and that they have remembered to brush their teeth! I do know my book, inside and out, but since I pressed send, and it pinged over to the printer, I imagine it could have taken up all sorts of strange habits and styles of dress.

Then I have to give myself a good talking to. The imaginative life can get a bit out of hand at times!

This book is a sequel. If you haven’t read The Errant Hours, All the Winding World will still be understandable and, I hope, enjoyable. But those who are familiar with the thirteenth century world of Illesa, Sir Richard, Gaspar and William, will understand their history and perhaps find that the echoes of the previous book still sound in the story, ten years later.

Along with the old, in comes the new. One of the most vibrant characters I’ve ever had the privilege to write is Azalais of Dax. She emerged from some research I was doing into the trobairitz (female troubadours) of Occitainia. This southern and western area of France was less strict about what women were allowed to do in the early Medieval period. They had more freedom and more power than was usual in the rest of Europe. It was in this culture that the concept of courtly love was born, and women took centre stage not only as objects of love, but as actors in the dramas and creators of songs and poetry in their own right. I came across Azalais de Porcairages, a talented trobairitz from 12th century Provence, and immediately knew that the character in All the Winding World would be named ‘Azalais’ after her. And she certainly lives up to her name! 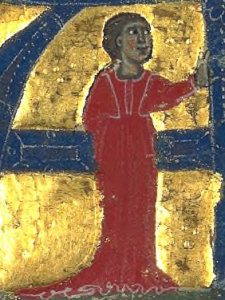 I’ll be talking about the trobairitz and other influences on All the Winding World at Wenlock Books  in Shropshire on the 23rd June at 4pm. This slots into a wonderful celebration – Feminist Book Fortnight – that started on the 16th June. I’ll be doing a reading from the book, answering questions and sharing a glass of celebratory Prosecco to launch my book into the world. If you’d like to come along, please contact the bookshop on 01952 727877.

There are several other launch events going on, all listed on the News and Events page   . But if you don’t happen to live near Shropshire, you can now order All the Winding World from Amazon  or your local bookshop. If you want an ebook, preorder from Amazon and it will be delivered to your Kindle on the 22nd June, which is the official launch date. If you prefer a paperback, you can order now, and it should be with you before the end of the week.

You may be wondering why this novel is called ‘All the Winding World’. Titles are slippery and complex things, in my opinion. But this one is at least partially explained by this song, sung in the book by Azalais. The lyrics were written by me.

“I take the flax, I take the wool
and from the distaff, thread I pull.
I take the yarn, I weave a cloth
made of many lover’s knots.
Around the spindle, I am bound.
My heart, around your heart, is curled.
Like the shuttle, up and down,
like the needle, in and out,
I will seek you till you’re found,
through all the winding world.”