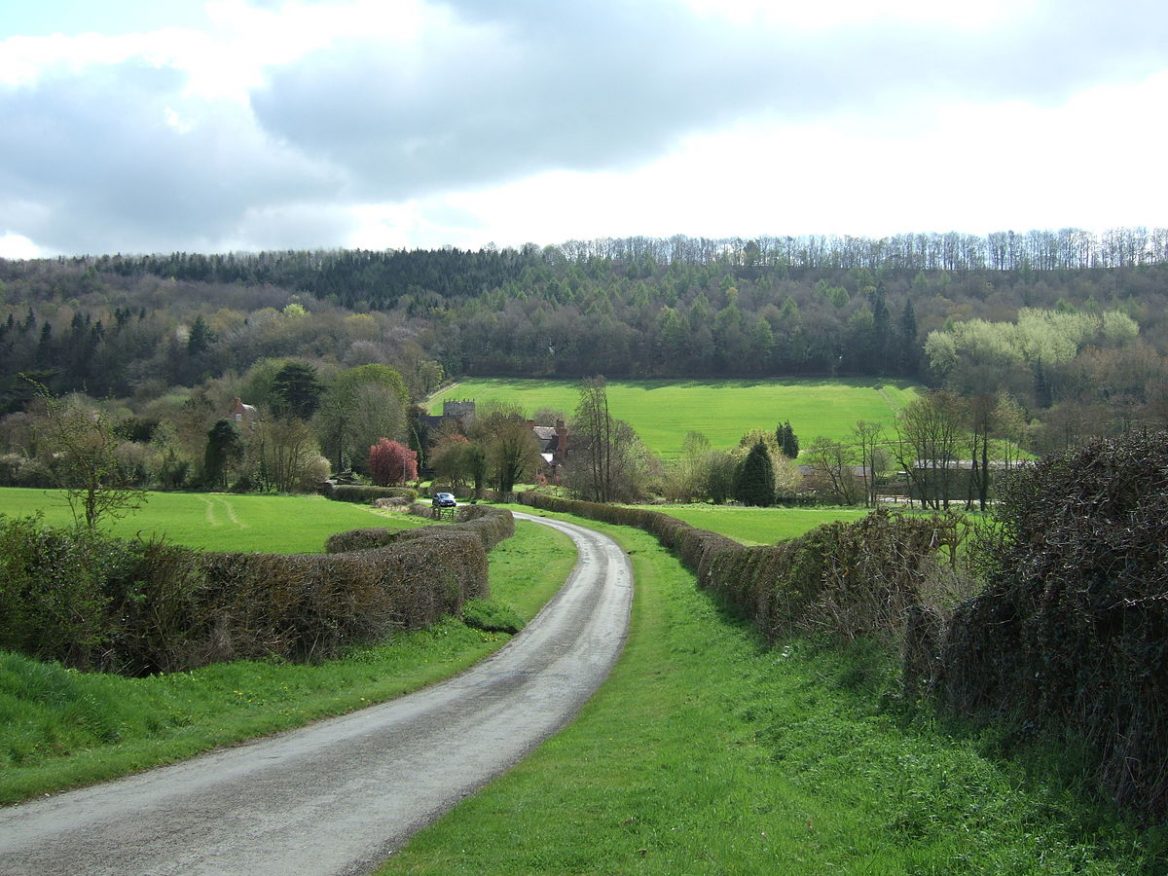 The following is an article I was asked to write for Countryfile Online – a lovely magazine reflecting the interests of the BBC Television Programme. It was a great pleasure to put into words just how special Shropshire and the Welsh Marches are – and always have been.

One of the most famous of all medieval stories is about travel, but perhaps you, like me, have always considered the Canterbury pilgrims to be the exception rather than the rule. Surely it was far too slow and tiring to go beyond the parish boundaries before the invention of the internal combustion engine?

But it turns out that the Middle Ages was a very mobile time, and, although difficult and sometimes dangerous, travel was common and undertaken by every class of person. Horses, mules and donkeys helped. Water travel was often quicker than overland. A journey might even have provided a welcome break from the drudgery of home, as long as there was food, drink and a bed along the way. The inns, taverns and monasteries along the major routes would certainly make sure that there was – for a price.

Perhaps surprisingly, one of the most travelled areas of Medieval Britain was the Welsh Marches, an area now famous for its peace and tranquility; a great get-away from hectic urban living. A bit of research into its turbulent and bloody history reveals a fascinating interlacing of routes that can still be followed today. As a writer of historical fiction set in medieval times, I’ve trodden these paths, and these are just a few of my recommendations for an encounter with the Medieval Marches.

Take, for example, the experience of a medieval archer in the service of Lord Mortimer of Wigmore Castle near Ludlow. When war broke out with Wales and his company was sent to Chester, he would have marched north on an old Roman Road, stretching through the Herefordshire and Shropshire countryside, passing the impressive fortified manors of Stokesay and Acton Burnell.

The main artery of the A49 echoes the Roman Road through the South Shropshire Hills AONB, with glorious footpaths stretching up on either side. Once you have climbed the Ragleth Hill with its superb views over the Long Mynd, stop at the friendly Ragleth Inn for a taste of true Shropshire hospitality. Afterwards, you may even feel up to another climb. From The Lawley you get a beautiful view of Caer Caradoc, crowned with a hillfort, and the distant, wreathed Welsh Hills.

Or imagine the journey of a village woman living in Eaton-under-Heywood, at the base of Wenlock Edge, whose prayers for a successful harvest have been answered. She rides her pony through the Long Forest – a busy place of charcoal burners, coppicers, trappers, and foresters – remembering to be wary of the resident robber baron, Ippikin. At the richly decorated Priory in Much Wenlock, she gives thanks at St Milburga’s shrine.

Nowadays the Jack Mytton Way, a long-distance bridleway, covers the same ground. From Wenlock Edge there are exquisite views over lush Apedale, known in medieval times for its apiaries full of honeybees. There you can enjoy a pint in the rambling beamed bar of one of the oldest pubs in Shropshire – The Royal Oak at Cardington. Much Wenlock is a brilliant base for exploring this area, with intriguing independent shops, the picturesque Priory Ruins, as well as historic hostelries.

The clue is in the name. In the lovely Welsh Marches, the medieval population was definitely not stationary. And the best way for us to experience the area today is by using their slower forms of transport. 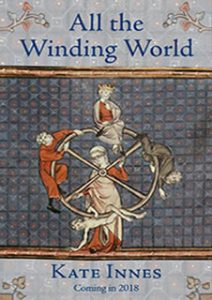 All the Winding World by Kate Innes is out on June 22nd (Mindforest Press, £8.99)