As a young person, I was very fortunate to have an excellent education. However, I fear it was a bit lacking in regards to Samuel Taylor Coleridge. I went to an American school with a very good English Department which helped us read Philip Roth, John Donne, James Joyce, Tolstoy and Dostoyevsky, as well as Shakespeare and Wordsworth. But, the only thing I remember about Samuel Taylor Coleridge from my school days was the first lines of his shorter poem ‘Kubla Khan’.

I certainly didn’t know that Xanadu (Shangdu) was a location in China where the Mongolian grandson of Genghis Khan (Kublai Khan) held his summer court. 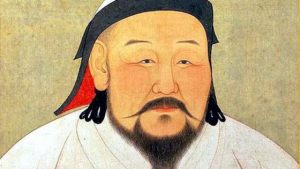 Nor had I heard the story surrounding the poem, how, during an illness in 1797, Coleridge had been reading an account of travels in the East ( Purchas his Pilgrimes ) based on the writing of Marco Polo, and, having taken opium for his pain, had a dream in which a poem wrote itself in complete and beautiful unity about the Khan and his palace. Upon waking up, he was interrupted by a man from Porlock who took a whole hour of his time, by which point most of the inspiration had dissipated like mist, and all he could save was a couple of stanzas. This was the kernel of the poem ‘Kubla Khan’, which was published, years later, in 1816.

The Friends of Coleridge, http://www.friendsofcoleridge.com are an organisation set up to promote and celebrate the work of this prodigiously talented and troubled writer, who lived in Nether Stowey in Somerset for part of his writing career and wrote many of his most famous poems there. This year they created an ambitious project to celebrate the bicentenary of the publication of ‘Kubla Khan’, involving west country artists, schools work, walks, film, a commemorative booklet and a poetry competition on the theme Imagined Worlds, all sponsored by the Arts Council.

This is where my writing story and Samuel Taylor Coleridge intersect. Many years ago, during a Welsh holiday, I went for a walk and whilst looking at a cloudswept evening sky and the birds scattered across it, the phrase ‘flocks of words’ came into my mind. I knew it was a poem, and that the concept of words disappearing for periods of time, like birds, was worth exploring. But I didn’t realise how long I would be writing it for! As far as I can tell, my first draft is from 2009. By the time I heard about the Imagined Worlds Poetry Competition, it had been through countless changes. And in August 2016, just before another Welsh holiday, I felt it was finally ready to fly the nest. I sent it off to the competition minutes before we locked up the house for two weeks and set off for the coast.

It was a tremendous surprise and a great pleasure to be told in October that ‘Flocks of Words’ had won the competition, and that the poem would be on display alongside the works of art, curated by Jon England and Somerset Art Works, at a special presentation evening in the CICCIC in Taunton, where all aspects of the Kubla Khan Imagined Worlds Project would be celebrated.

It made me consider how my poem and the work of Coleridge might be linked, and what I could learn from this new connection.  In adulthood, thanks to a moving story by Michael Morpurgo, Alone on a Wide Wide Sea, which I’ve listened to several times with my children, I have come to know quite a lot of the ‘Rime of the Ancient Mariner’.  Immediately upon hearing the good news about the competition, the albatross came to mind. 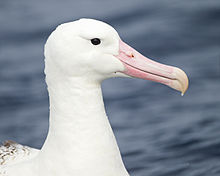 Coleridge, evidently, was a man who knew a great deal about both words and birds. The wandering albatross, with its benign and interested expression, stands for so much in the story: identity, humanity, divinity, hope. Birds go between different worlds. For millennia they have been considered messengers, linking us to another world beyond our view. They can bear the weight of considerable symbolism, and I enjoy writing about them very much.

And I have learned subsequently that Samuel Taylor Coleridge was a great walker, thinking nothing of a twenty-two mile round trip to Taunton to attend church. He spent much of his time on foot, and therefore the series of walks and the Coleridge Way in Somerset celebrating him are very appropriate. I cannot claim to be a great walker, but I’m a regular one. And I cannot imagine being a writer without my daily walks. Walking provides the rhythm within which thoughts can sing. Inevitably, if I am stuck with a plot or a poem, a walk of an hour or more sorts it out. Body and mind inextricably linked. Make one move, and the other joins in.

It has been a surprise to discover that, like me, Coleridge worked briefly in Shropshire. In December 1797 (the same year he wrote ‘Kubla Khan’), he arrived as locum to the Shrewsbury local minister, Dr Rowe, in the Unitarian Church on the High Street – a building I walk past almost daily. He is said to have read the Rime of the Ancient Mariner at a literary evening in Mardol, Shrewsbury. Coleridge was considering a career in the church at this point in order to alleviate his financial problems, but when Josiah Wedgwood offered him an annuity to keep writing, he abandoned his ministry plans.

So, with all these common points of reference, I am now determined to get to know Samuel Taylor Coleridge better. He seems a man with whom I could happily spend many hours, and I am honoured that my poem will now be in some way associated with his vision of a world both celestial and worldly, beautiful and terrible, vivid and fading from view.

The ‘Kubla Khan’ exhibition, and with it my poem, are on the move. They travel to Bath and then on to Nether Stowey (looked after by the National Trust). You may not be able to see the artworks or go on the walks, but here is my poem. It has come home to roost.

and flew away surreptitiously,

of noun, verb and preposition.

It begins in autumn when scientific names fly free.

into Greek, their deltas pointing far away.

like the unseen stars at the edge of space,

and in the thrumming fields and naked gardens,

Imagine visiting that land in the spring

and watching the words return,

grown fat with the food of foreign meanings,

their syllables strange to the tongue.

I could enjoy a season unnamed and free,

surrendered to instinct or god’s purpose.

But then I’d watch for its approach on tired wings,

and feel the weight of it alighting on my breast,

and put it on, like fresh plumage or a newly laundered dress.